We are all Down Syndrome

The power of the words of others have been heavy on my heart lately. I've heard phrases such as "mongoloid," "libertards" and more. Some days they flow in one ear and out the other. Other days they sting like a fresh wound. Reminding me how far we still have to go. As a result, the Lord's been reminding me about His heart for us. Who does He say that we are? 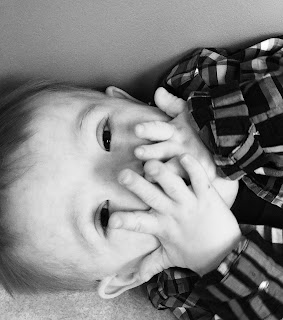 Having a sensitivity to to the power of words has caused me to want to speak words of power over my boys. I want them to be so finely aware of their identity that the words others speak against them as they grow bears little weight on their understanding of who they are. On the way to school the other day, I began to tell Parker all the things I loved about him. I said, "Parky, did you know that you are smart?" He told me that he knew he was smart. I said "Did you know you are kind?" He said yes and I went on to ask him what it means to be kind. I wanted to see if he understood the words I was using to describe him. I told him a few more things and then said "what else are you?" He said "I'm brave." I asked him what it meant to be brave. He said it was when you do something even when you feel scared. We went on to mention several things that we thought Cash was, too. Brave, smart. Up until this point, we haven't really pointed out to Parker that Cash is considered "different." To him, he's just his little brother who follows him around and plays with his toys. He doesn't notice his almond shapes eyes or his low muscle tone. He just sees a person. 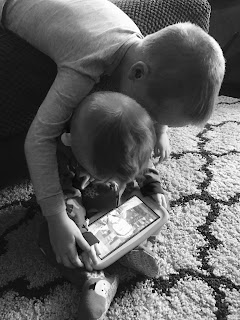 So, I said Parker, " did you know Bubba has something called Down syndrome?" I asked him if he
knew what it meant to have Down syndrome. He said no so I told him that sometimes people with Down syndrome might look different in their eyes. Especially grown ups with Down syndrome. I said, "did you know that some people may say that Bubba isn't smart because he looks different and has Down syndrome?" He audibly gasped. He couldn't believe that. He said, offended, "Well my bubba is smart." I said , "I know but sometimes people don't understand when people look different and it makes them think those people aren't smart." He responded, "Well, I have Down syndrome, too. I look different from everybody else and I'm smart!" Tears filled my eyes. Though he may not have meant the statement to be as profound as I took it, the Lord took that moment to speak directly to my heart. "It's that simple, Brooke. We are all Down syndrome." You. Me. The woman checking you out at the store. The man holding the sign at the corner. We are all different. Unique. And equally loved by our creator. It's funny how much my little humans teach me about loving people. How much they humble and surprise me. Their faith is simple and easy.  They don't judge by the standards of the world but instead on what they see and feel from your heart. Sometimes I ask Parker who made him so smart. Very simply, he always states, "Jesus did."

It is so easy for me to forget that God loves that person that my pride avoids just as much as He loves me. It's a humbling thought to realize the depth of my sin and self righteousness and remember how much God's grace has rescued me from. For so long, especially after Cash's initial diagnosis, I believed the Lord owed me for being faithful to Him. For being a good person. Admitting some of what I consider to be my most shameful flaws is scary and embarrassing. But seeing how broken I was. How angry I was because I felt so "entitled" from God began to stir in me a new awareness for His grace. Seeing how shameful the darkest parts of me are made me acutely aware of how much I needed His grace. Not how much I deserved it. He has called us to have that same grace for one another.

But how complicated we make it. Female. Male. Black. White. Liberal. Conservative. This. That.  It takes the simple words of my little boy to remind me how effortless the truth can really be. We are all Down syndrome.  Different. Beautifully unique. Equally loved. Equally broken. 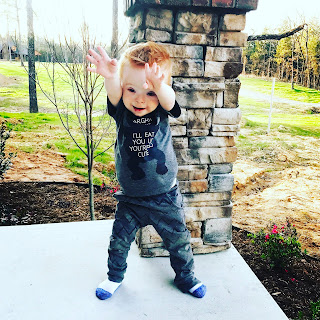 "At first I didn't think of it as a gift, and begged God to remove it. Three times I did that, and then he told me, My grace is enough; it's all you need. My strength comes into its own in your weakness. Once I heard that, I was glad to let it happen. I quit focusing on the handicap and began appreciating the gift. It was a case of Christ's strength moving in on my weakness." 2 Corinthians 12:8-9 (The Message)