If you haven't noticed already, there's been a change in the name of my blog and Instagram. There's a story and deep meaning behind this change. 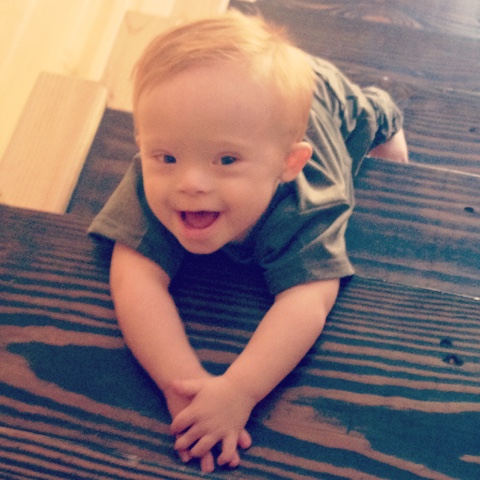 Since Cash has been born, I have had more experiences that have been completely God-ordained than I did in my whole life before. Deep conversations with the Wal-Mart cashier listening to the story of her life. A Wal-Green's associate with tears in her eyes as she looked at my boy and remembered someone she had loved like him. Soul moving connections with mom's who feel the ache and joy for their child that I feel. Through Cash, the Lord has opened my eyes and heart to the stories of others to remind me frequently that He has purpose for my child. For our family and this journey we have began. It's like I was blinded before. So consumed in myself that I didn't notice the heartache of others, much less feel it. I didn't see or appreciate the battles that they had fought and won and lacked the sensitivity to truly be interested in their journey.

We began building our first home in June. In early August, before school began, we knew we needed to go ahead and choose the type of rock and brick we were going to use. Warren couldn't come so Mom decided to come with me during her lunch hour. Before we went, I called the man who owned the business we were going to purchase from to tell him we would be coming by. He told me that he wouldn't be there but that his wife, Emma, would and she was much better than him in helping to pick out something that matched the look we were going for. With the kids at school, mom and I went over there, intending for it to be a quick trip so she could get back to work. We went in and asked for Emma. I immediately felt drawn to her due to her sweet smile and warm personality. She helped me pick out our stone and brick and we began to small talk as she processed the order. At some point, I can't remember how or why, I began to mention our journey this past year and told her that my son, Cash, was born with Down syndrome in April of 2015. She paused, looked at me with tears heavy in her eyes and simply said "I have one, too." At first, I didn't understand what she meant. But, as I processed her statement, I realized. She spoke of "her Cody" with such breathtaking love and pride. He is around 30 years old and also has Down syndrome. She mentioned that a year or two ago, she and her husband had planned a trip to Costa Rica. They just didn't feel like they wanted to go without Cody so they decided to take him along. As they checked into their hotel after arriving, Cody not far behind, the receptionist said "I have a blue rose, too." Not understanding what she meant, they asked her what she was referring to. The lady explained that, in Costa Rica, blue rose's are considered one of the rarest and most beautiful flowers. Anyone who finds one is considered incredibly special. She said that, when a child is born with Down syndrome, they are called a "Blue Rose" because it is considered so beautiful and rare. As I listened to her story, tears fell down my face. It was the Lord's beautiful way of reminding me that our Cash was just the way He had planned. So beautiful and rare. Highly favored. As we both cried, Emma said that she felt that, someday when we get to heaven, she wonders if maybe we will all be like Cody and Cash. That maybe they are how the Lord meant for us to be all along.

Two hours later, we left with our brick ordered and hearts full. 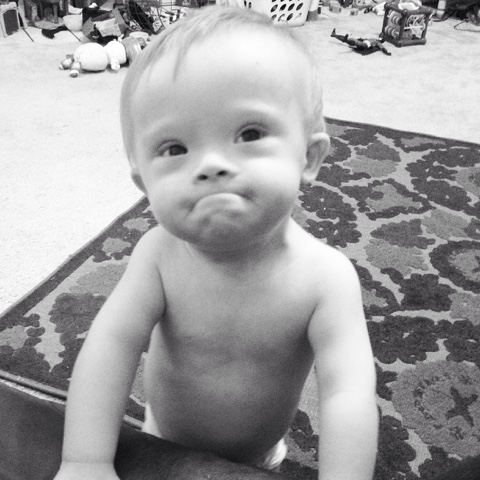 I've thought of this encounter countless times since. I actually saw Emma again a week or so ago and my heart jumped as I immediately felt that soul connection again. We talked again and shared tears about the ways our boys have blessed us. You truly never know the purpose you can bring to someone's journey. God used Emma to do that for me.

I was reminded again about how blessed we have been by our Blue Rose. I often find myself sad for other people that they don't get to have a Blue Rose. That they don't get to experience the joy that lies in the unexpected. The beauty that comes from what once felt like ashes. The awareness that comes with an experience that challenges you to see the world and people as Jesus does.

Since this experience, the Lord has awakened a desire in my heart. I always said that I thought it would be neat to write a book someday about our journey and the way God has used the reality of our sin to draw us near. I never thought it'd be something that I'd actually do but God has began to put this ache in my soul to write and share in hopes of reminding others of the honest life He desires us to live. I don't know how long it will take me or if anyone will read but I'm going to do it. As a result, this blog is going to take on a new life. I hope to post much more consistently as I piece together what the Lord wants me to say. I pray that you will read as I begin this new, scary, and vulnerable project and share with others our story. The story of our Blue Rose. 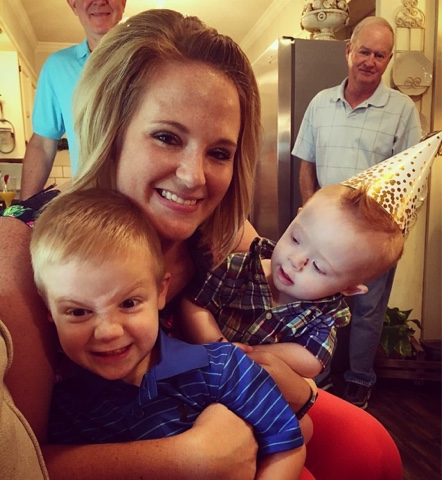